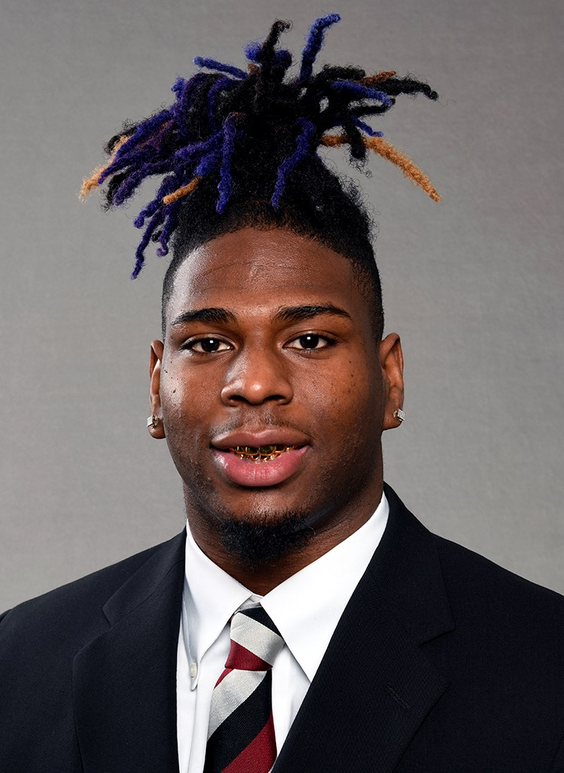 “Swiss Army Knife” who can line up just about anywhere, including in the backfield… gifted playmaker who is a matchup nightmare… considered one of the top returning tight ends in the country… athletic, explosive, versatile skill set… is a preseason second-team All-SEC pick by Athlon… burst onto the national scene with a record-setting Duke’s Mayo Bowl performance against North Carolina… has 31 career receptions for 526 yards and five touchdowns in 18 career games including five starts… owns the top two games by a tight end in school history in receiving yards, going for 159 against North Carolina and 136 against Vanderbilt in 2021.

2021 (Sophomore)
Played in 13 games, making five starts… named second-team All-SEC by ProFootballFocus… ranked second on the team in receptions (30) and receiving yards (497), while tying for the team lead with five receiving touchdowns… averaged 16.6 yards per catch… also rushed seven times for 40 yards and added a 22-yard kickoff return… had the biggest game for a tight end in school history against Vanderbilt when he caught six passes for a then-school record 136 yards and a touchdown, including an 82-yard touchdown reception… topped that in the Duke’s Mayo Bowl win over North Carolina when he shredded the Tar Heel defense for five catches for a career-high 159 yards and two touchdowns, scoring from 69- and 66-yards out on the Gamecocks’ first two possessions… was named to the A.P.’s All-Bowl Team for his efforts… also rushed three times for 21 yards in that contest… named to the SEC Fall Academic Honor Roll for the second time.

2020 (Freshman)
Limited at the beginning of the season after undergoing surgery to repair a torn meniscus in his left knee… made his collegiate debut in game six against Texas A&M… appeared in each of the final five games of the season… caught one pass, a 29-yard reception, at Ole Miss… named to the SEC First-Year Academic Honor Roll.

HIGH SCHOOL
Multi-talented player from Valdosta (Ga.) High School who graduated in 2020… played both tight end and wide receiver and was also used on defense… suffered a season-ending ACL injury midway through his senior campaign… logged 210 receiving yards as a senior after collecting 52 receptions for 770 yards as a junior… helped the Wildcats reach the state quarterfinals in both 2018 and 2019, posting records of 8-5 and 10-3, respectively… was a Nike The Opening Finalist… named to the Atlanta Journal Constitution’s 6A All-State first team as a junior… coached by Alan Rodemaker… also played basketball… considered the 48th-best player in the state of Georgia and the 17th-best “athlete” in the country by Rivals… ranked as the 38th-best player in Georgia, the 17th-best “athlete” in the country and No. 387 overall in the 247Sports Composite.