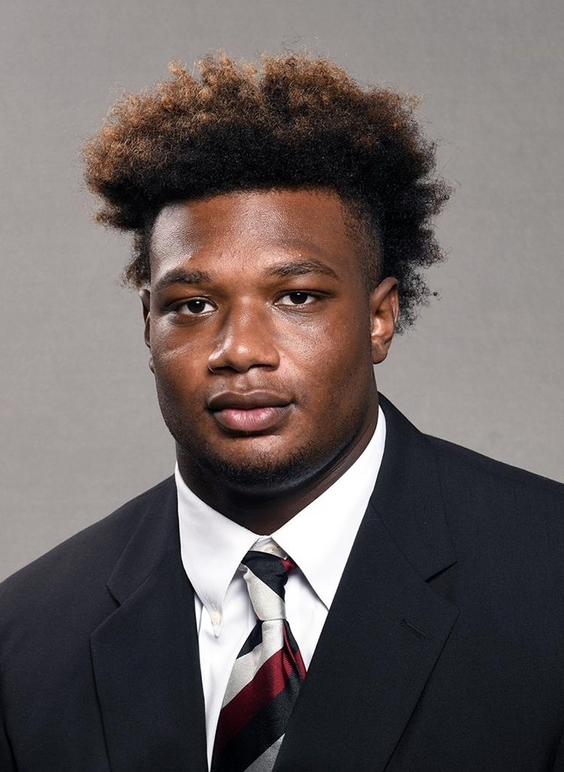 Third-year player who figures to play a significant role as an EDGE rusher following the departure of ends Kingsley Enagbare and Aaron Sterling… has tremendous God-given ability… complete player who is coming off a very good spring… listed in Phil Steele’s preseason magazine as a fourth-team All-SEC performer… has appeared in 21 games over the past two seasons with one start.

2021 (Sophomore)
EDGE rusher who appeared in all 13 games, including his first career start in the Duke’s Mayo Bowl win over North Carolina… credited with 26 tackles, including 2.6 tackles for loss and a sack… logged three quarterback hurries and one pass breakup… returned an interception 61 yards for a score in the win over Eastern Illinois… notched his first career sack in the win over Florida… had a season-high five tackles against North Carolina and four stops each against Auburn and Clemson.

2020 (Freshman)
Played in eight games at the BUCK position and on special teams… recorded 19 tackles including 2.5 tackles for loss… credited with a tackle for loss in the opener against Tennessee and also in week two at Florida… logged a season-high five tackles in the win at Vanderbilt… also had a fumble recovery in that contest with the Commodores… matched his career-high with five stops at LSU, including a half tackle for loss… missed the final two contests due to a hand injury… named to the SEC First-Year Academic Honor Roll.

HIGH SCHOOL
Starred at Hammond School in Columbia, graduating in 2020… dominant force on both sides of the ball… helped the Skyhawks to their third-straight SCISA 3A title in 2019 with a 12-2 record… was a 2019 USA TODAY and MaxPreps preseason All-American… selected as a game captain in the 2020 Under Armour All-America game… named the top player (Alpha Dog) at the Elite Under Armour Camp in 2019… coached by former South Carolina quarterback Erik Kimrey… also played basketball… considered the best prospect in the Palmetto State, the No. 2-ranked strongside defensive end in the country and No. 17 overall by Rivals… ranked as the No. 1 player in South Carolina, the No. 2 defensive tackle in the country and No. 8 overall in the 247Sports Composite… considered the No. 4 player in the country in the ESPN300… was the highest ranked recruit signed by South Carolina since Jadeveon Clowney was the No. 1 player overall in 2011.