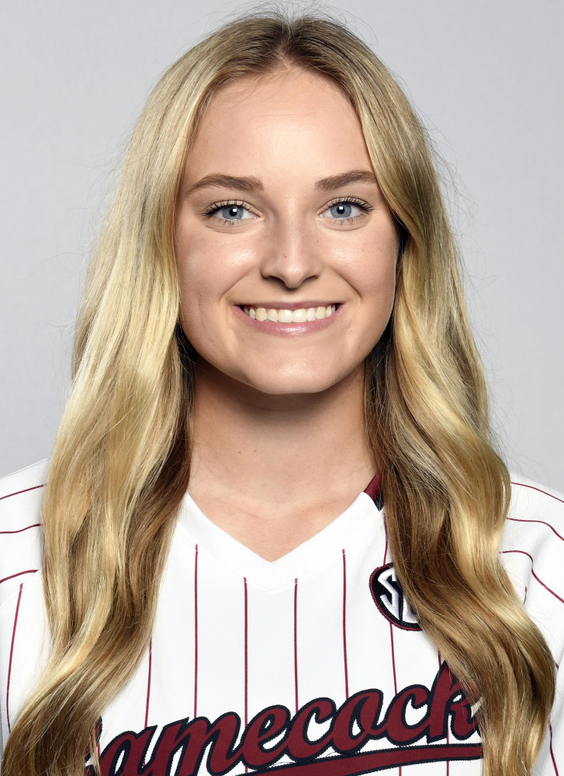 2022 (SOPHOMORE):
Played in 55 games, starting 53 times in center and right field… Finished third on the team with seven stolen bases… Finished 4-for-4 against Florida Gulf Coast (3/6)… Finished the year with eight multi-hit games… Was featured on SportsCenter Top-10 list as the No. 5 play of the night on April 20, for a pair of diving catches against Furman.

2021 (FRESHMAN):
Posted a .262 batting average in 107 at-bats… Earned 44 starts in 59 games played… Saw action in all three outfield positions… Finished with 28 hits and 24 runs with six extra-base hits… Posted a .325 on-base percentage… Earned her first career start on opening day in the second game against Jacksonville…. Posted four hits in the contest with a run and RBI… Finished the year 3-for-4 on stolen base attempts… In the field, had 52 putouts and two assists.

HIGH SCHOOL
Four-year letter winner in softball at Calhoun High School… Three-time All-County selection… Also a three-time All-Region and All-State pick… Twice named to the Chattanooga Times Free Press Team… Named Best of Preps twice, as well… Notably played in the North-South Junior All-State Game… Helped lead the Yellow Jackets to a state championship her sophomore year (2017) after a second-place finish her freshman year (2016)… Never hit below .446 in her career, including a .504 mark with 64 hits in 2017.

PERSONAL
Daughter of Cheryl and Chip Henderson… Sister to Cassie Henderson… Dad has coached baseball at Calhoun High School for more than 25 years as the head coach with more than 500 career wins… Also lettered once in basketball at Calhoun High School… Picked Carolina over Georgia Tech and Georgia Southern… Is the granddaughter of NFL Hall of Fame offensive lineman Billy Shaw, who played nine years with the Buffalo Bills.