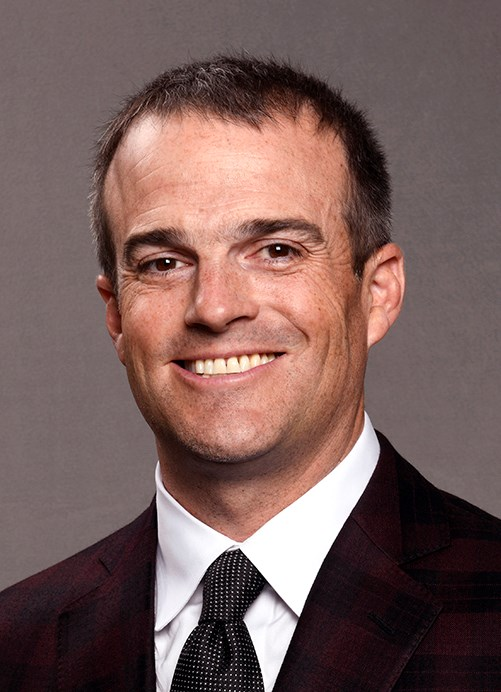 Shane Beamer, considered to be one of the rising stars among coaches in college football, begins his second season as the University of South Carolina’s head coach in 2022. He was named the Gamecocks’ 36th head football coach on Dec. 6, 2020.

Beamer had a successful first season in Columbia, improving the Gamecocks by 3.5 games, from a 2-8 season in 2020 to a 7-6 campaign in 2021, including a convincing win over North Carolina in the Duke’s Mayo Bowl. Doubling the preseason’s expected win total earned Coach Beamer a share of the Steve Spurrier First-Year Coach of the Year Award, presented by the Football Writers Association of America (FWAA). Safety Jaylan Foster earned All-America honors during Beamer’s inagural season.

Prior to his first head coaching stint, Beamer had been an assistant coach at seven Football Bowl Subdivision schools for 21 seasons. During his assistant coaching career he coached in 17 bowl games, including a College Football Playoff National Championship Game, posted 18 non-losing seasons, six of those with double-digit victories, and his teams won 63.0 percent of its games.

The Charleston, S.C. native, returned to one of his previous coaching stops, having been with the Gamecocks for four seasons from 2007-10. In 2007, he served as the outside linebackers coach and co-special teams coordinator. He mentored the cornerbacks in 2008, then coached the Spurs and strong safeties and was both the special teams coordinator and recruiting coordinator in 2009 and 2010 under Steve Spurrier.

In 2009 at South Carolina, Beamer was nominated for the Frank Broyles Award, which goes annually to the nation’s top assistant coach. His special teams’ units recorded five blocked kicks that season, tying for the SEC lead and tying for the eighth-highest total in the nation. He also helped coach a defensive unit that ranked third in the SEC and 15th in the country in total defense, and second in the league and eighth in the country in passing defense.

As the Gamecocks’ recruiting coordinator, his 2009 class was ranked 12th-best by both Rivals and Scout, and the 2010 and 2011 classes were ranked in the Top 25.

During Beamer’s tenure as recruiting coordinator at Carolina, nine of his signees were selected in the NFL draft. Those include first round selection Stephen Gilmore (Buffalo Bills) and second round selections Alshon Jeffery (Chicago Bears) and D.J. Swearinger (Houston Texans).

Prior to his arrival in Norman, Beamer spent two seasons on the staff at Georgia as tight ends coach and special teams coordinator under Kirby Smart. The Bulldogs posted a 21-7 combined record with Beamer on staff. In 2017, the Bulldogs won the SEC Championship and finished second in the nation, falling in the CFP title game to Alabama in overtime. His special teams ranked eighth nationally in net punting (41.7), and 20th in kickoff returns (23.5) while blocking four kicks.

The son of Hall of Fame coach, Frank Beamer, he worked with his father as the associate head coach and running backs coach at Virginia Tech from 2011-15. In his first year, he coached David Wilson, who broke the Tech single-season rushing record and was named All-American and ACC Player of the Year and went on to become a first-round NFL draft selection by the New York Giants. Shane served as the Hokies’ acting head coach in the 2014 Military Bowl win while his father watched from the press box following throat surgery.

Beamer’s first full-time coaching position was at Mississippi State, joining the Bulldogs in 2004 as cornerbacks coach and recruiting coordinator. In his first two seasons at State, he guided three defensive backs to SEC All-Freshman Team accolades. He maintained the recruiting coordinator title but made the move to running backs coach in the spring of 2006 where he tutored running back Anthony Dixon to SEC All-Freshman honors.

Beamer spent three seasons (2001-03) as a graduate assistant at Tennessee, helping with the cornerbacks, coaching the placekickers, punters, and long snappers, and assisting in all special teams areas. He also oversaw game opponent scouting while earning a master’s degree in sport management in December 2003.

Before joining the staff at Tennessee, he worked one season (2000) as a graduate assistant at Georgia Tech, helping with the Yellow Jacket quarterbacks and wide receivers.

A 2000 graduate of Virginia Tech, Beamer was a member of five bowl teams (1995-99 seasons) and three Big East Conference championship squads on the Hokie football team as a long snapper and wide receiver. He was a long snapper on the 1999 Tech team that played for the BCS National Championship.

Beamer and his wife, Emily, are the parents of three children – two daughters, Sutton and Olivia, both born in Columbia, and a son, Hunter, born in Blacksburg, Va.