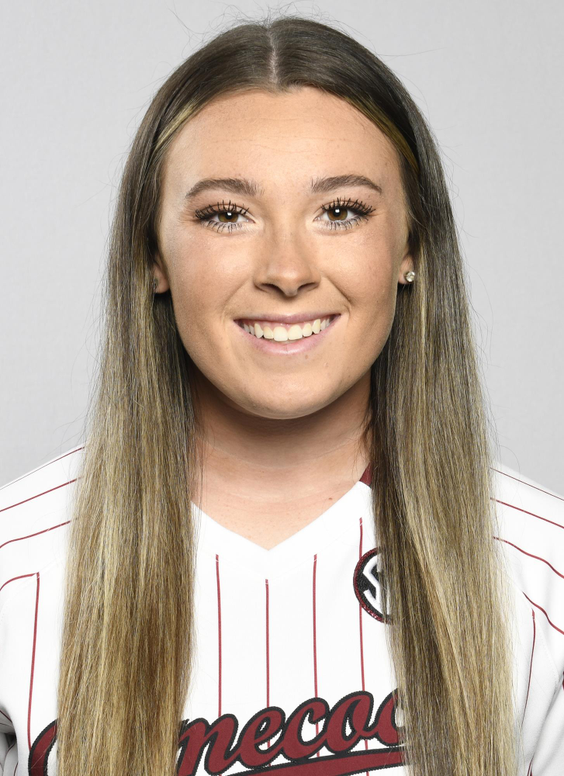 2020 (FRESHMAN):
Made her Carolina debut with a 5-3 record and 3.18 ERA in 39.2 innings of work… Made 11 appearances, six of which were starts… Tossed four complete games and one shutout… Recorded one save and finished with 30 strikeouts… In just her second career start on Feb. 22 against No. 8 Michigan she went all seven innings in a complete-game shutout with just two hits allowed… Earned first career save on Mar. 1 against Charlotte… In her first SEC appearance, a start on Mar. 6, went the distance with nine strikeouts to help Carolina to a 4-2 win over No. 13 Georgia… Named SEC Freshman of the Week on Feb. 24.