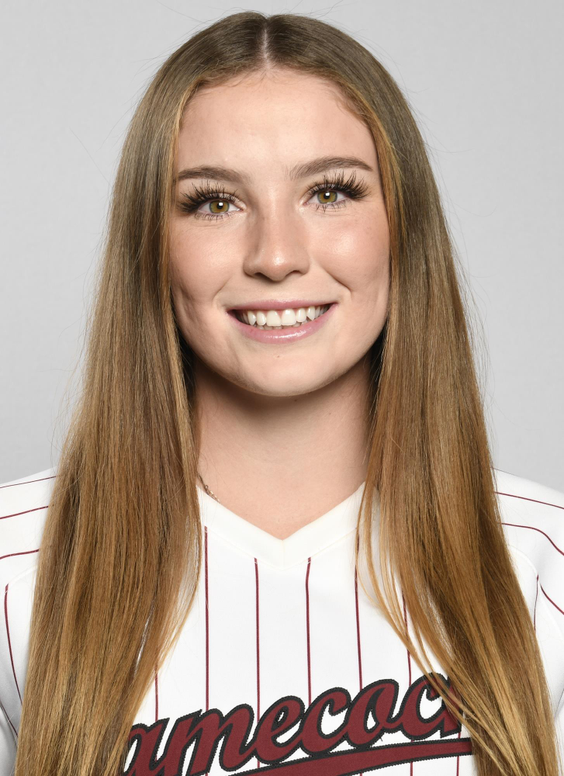 Prior to SC: Gonzalez shined at Kingsburg High School in Kingsburg, Calif… Lettered all four years… Was named her team’s MVP in 2018 and 2019 and the Central Sequoia League MVP in 2019… Also named the California High Sports Medium School All-State First-Team Catcher… Never hit below .394… Showed plenty of power with 11 home runs in 2019… Ranked as the 61st-best catcher in the 2021 class by Extra Inning Softball.

Personal: Daughter of Jennifer and Dan Gonzalez… Sister to Kristine, Jessica, Sarah and Jocelynn Gonzalez… Her sister, Sarah, plays softball at Bowling Green State and will enter 2020 as a redshirt junior… Her sister, Jessica, lettered four years at Dixie State University and was named the PAC West Freshman of the Year in 2016 after hitting .393 with six home runs and 37 RBI… From Kingsburg, Calif… Born in Stockton, Calif… Picked Carolina over Nebraska.

Why she chose South Carolina: “I fell in love with the school when I first stepped on the campus,” Gonzalez said on her choice to pick South Carolina. “I love the coaching staff and how they support the players.”