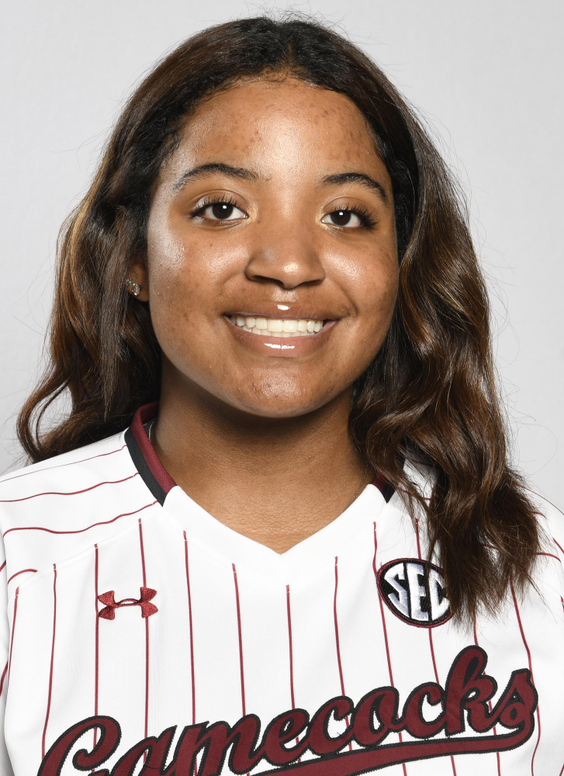 2021 (FRESHMAN):
Opened her Carolina career with a .197 batting average in 38 games with 17 starts… Switched back-and-forth between third and DP… Posted 13 hits in 66 at-bats with 11 runs, four doubles, a triple and two home runs… 11 RBI to go along with a .321 on-base percentage… Saw action for the first time on opening day against Jacksonville in the second game on 2/20… Earned her first start on 2/26 against Seton Hall… Was also her first two-hit game… First four-RBI game came on 3/6 in a 7-6 (8) win over UConn in Chapel Hill… Notably tied the game in the seventh with a two-run home run with two outs… First SEC start came on 3/12 against Arkansas.

HIGH SCHOOL
Shined at Pope High School as a four-year letter winner… Never hit below .376 with an incredible .518 batting average on 43 hits her senior year… Finished a season 12 or more extra-base hits all four years… Posted 11 home runs her senior year with 51 RBI… People quickly decided they’d rather not pitch to her as she recorded 37 walks her junior year… Twice named to the All-County Team… All-Region four times… Region Player of the Year once… All-State selection three times… 2018 State 6A Player of the Year… NFCA Team South Region Rookie of the Year.