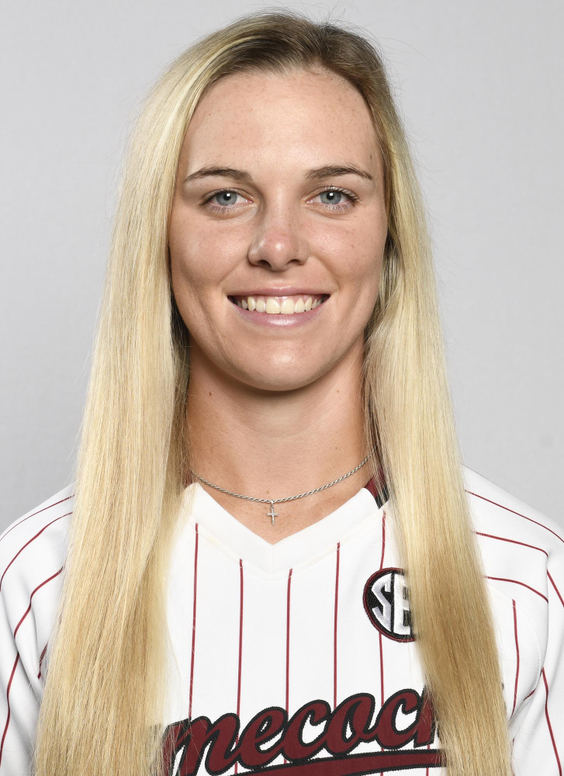 2022 (SOPHOMORE):
Played and started in 52 games, spending most of the time at third base… Led the team in batting average and doubles… Nationally ranked 53rd and led the SEC in double per game… Her 0.267 doubles per game were 11th all-time in a season… Tied for the team lead with three sacrifice flies… Nationally ranked 117th in sacrifice flies… Her eight-game hitting streak lead the team… Led the team with 13 multi-hit games… Had the second longest reached base streak on the team at 11 games… Drove in a career-high four runs against Lipscomb (2/12).

2021 (FRESHMAN):
Started her career in 2021 with a .190 batting average in 40 games with 27 starts… Had 79 at-bats with 15 hits, 12 runs, two doubles, a home run and seven RBI… Also had a .214 on-base percentage… Earned her first start on 2/20 against Jacksonville in 10-0 win… Also recorded her first hit and RBI in the contest… Earned her first SEC start on 4/2 against Missouri at third base, a position she had never previously worked out and earned the starting nod at the position down the final stretch of the season… Had a towering three-run home in the top of the second at Ole Miss on 4/11 to help Carolina to its first SEC win of the year in a 10-1 (5) run-rule victory.

HIGH SCHOOL
Stood out at Crisp County High School as a three-year letter winner…  Never hit below .529 with an incredible .671 batting average on 49 hits her junior year after having to miss her sophomore season due to injury… 16 doubles that season, as well, with 17 home runs and 47 RBI… Showed speed and power as she closed her career with 30 total stolen bases and 32 home runs… 2016 Region 1-AAA Offensive Player of the Year… Second-Team AAA All-State (2016) … 2018 Region 1-AAA Player of the Year… First-Team AAA All-State (2018) …  In 2019 was selected to Team USA 17U squad that played in the Pan American Games in Colombia.

PERSONAL
Daughter of Benita and Kevin Blampied… Sister to Michael, Chad and Cory McGee… Also played basketball in high school… Was named to the All-Area Team her freshman year for basketball… Also, a member of the BETA Club and was a scholar athlete all four years… Picked Carolina over Alabama and Florida State.